A new twist on the Spectral by Debbi Stone.

$ cd ~meri > Annoyances > A new twist on the Spectral by Debbi Stone. 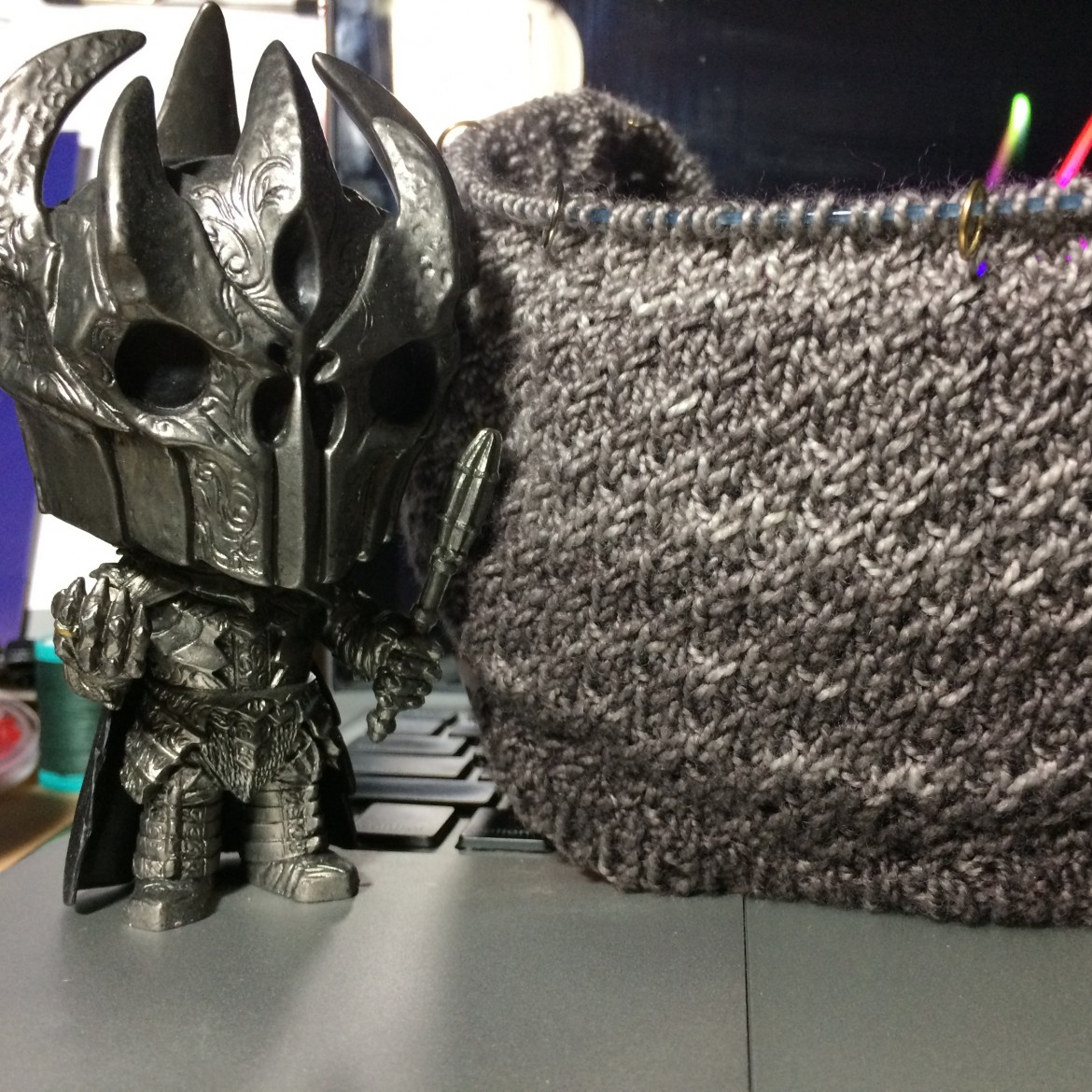 I’ve been working on Debbi Stone’s Spectral for the past few days. It’s coming along very nicely, I think. (Sauron picked the color scheme.)

Speaking of colors, that’s actually 4 different shades of grey [aside: as a huge fan of grey-scale work, I’m incredibly annoyed that the phrase ‘shades of grey’ has been permanently subverted in the public vernacular] yarn shown here. They’re all part of Miss Babs’ 5-color Pegasus gradient set, and are awesome. Eventually, the cowl will go from dark to light (there’s one more step down in intensity left in the set) to dark again.

The aforementioned new twist has entered the project in an incredibly annoying way. Every knitter who has ever worked a project in the round is familiar with the phrase, “Join to work in round, being careful not to twist stitches,” or something similar.

I thought I was being careful, but apparently, I was not . There is a twist that I didn’t notice until the cowl is almost a Sauron in height. I have absolutely no idea how I missed it until now. Fixing this error would pretty much involve ripping the whole thing out and starting over. I’m not sure I’m up for that. In the interest of keeping my sanity, I’m going to declare it intentional! A feature, not a bug!

I shall continue to repeat this until I believe it. Or, if unable to convince myself, until I find the cowl a new home.