Call for Help (Worldwide & Boston area): Can you help my friend? 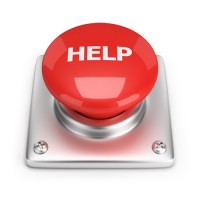 TL; DR: My friend Stephanie’s (more local-to-her) friends urgently need help moving Stephanie’s belongings out of her Medford (Boston, MA) apartment by the end of the year (December 31, 2015, in case this gets picked up by some crazy hibernation / resurrection cycle). Assistance in the form of actual bodies-on-site is going to be vital in order to get this done on time. Financial contributions to help defray associated costs are also welcome. More details are included below.  If you want more information, let me know, and I’ll put you in touch with the appropriate person or persons. If you aren’t able to assist, but know someone (or multiple someones) who might be interested, feel free to share this post. (The blog post is obviously public, but the crossposts to facebook and LiveJournal are as well.)

Some of you may know my friend Stephanie. She lives in Boston (well, Medford), and has a mailing list or two common with many of you. She’s also fairly active in the Arisia community, and has been kicking around the internet roughly forever.

Stephanie’s had an incredibly rough year. She’s been hospitalized several times throughout the year (it’s possible she’s spent more time in hospital than out this year; I don’t have the numbers at hand), and has continuously been so (first hospital and then physical rehab facility) since just after Labor Day. Her friends have been crowdfunding rent money on her behalf, with mixed success. But, even if Stephanie were released today, returning to her second floor walk-up apartment is not in the picture, so the focus of her friends’ efforts has changed.

The new plan is to move Stephanie’s belongings out of the (unsuitable, now uninhabited by Stephanie for several months) apartment into storage by the end of December 2015 (this month!). (This avoids incurring the obligation to pay another month’s rent.) Packing efforts are underway, as are research into both movers and storage facilities that provide the most bang for the buck.

This is where you come in.

I, obviously, am of no use when it comes to the packing effort, being on the wrong side of the country and all. But, I do know a number of folks in the Boston area. I also know that when an opportunity to assist someone in need presents itself, my friends will do what they can to help. So I’m doing what I can by spreading the word.

Here are the ways you can help.

Join (or form) a packing crew.

Stephanie has a lot of stuff. While the existing core group of friends has been making progress, there’s still a lot left to do, and time is running short.

Caveat for anyone planning to head to Medford to help pack.

Before we get into the details about what’s involved in helping pack Stephanie’s apartment, it’s worth pointing out that anyone allergic to cats and/or dust might want to either dose up on the antihistamine of their choice (but please keep in mind your transportation, physical coordination, and cognition needs for the next several hours!) or bow out of the packing adventure.

Even though the schedule below (currently) cuts off on December 24th, 2105, it’s not expected that the packing will be complete by then. It’s just that Christmas Day almost certainly indicates a temporary cessation of efforts. The sign-up calendar will be extended over the next few days.

Also, do not feel that you are limited by the time frames other people have selected. If you’re never available in the afternoons or evenings, but have every morning free, I’m sure something can be worked out.

As of this writing, packing parties have been organized for the following days and times:

Heart and mind willing and eager, but body is not up to the task?

Even if you are physically incapable of doing the lifting / moving / sorting / bending tasks generally associated with packing for a move, you can still be of help!

Imagine being presented with a storage space full of boxes that contain all of your belongings. Then imagine that they have been packed by other people. And you have no idea what’s in any of them.

In order to try to increase the likelihood of Stephanie (or a proxy of some sort) being able to find an exact item (or general class of items), the packing teams have been maintaining a spreadsheet where they list the contents of the boxes (which are numbered). This isn’t a catalog of each and every item that goes into the box, but rather a general idea of where in the apartment the item was when it was packed, and what category of thing it belongs to. This job can be done by almost anyone who can work a laptop / tablet.

Entertaining (or at least distracting) children.

Some of the packing regulars (Laurie in particular) have small children. Have you ever tried to get anything done with a small, curious, intelligent, bored child around? It’s a situation that does not generally result in a high level of productivity.

If you are good with kids (and/or have a kid of your own you can bring along for a playdate), you can be of great help by tending to the little one(s), freeing up any associated adult(s) to work on packing.

While ‘paying the rent on the apartment’ is (hopefully) off of the list of financial obligations, there are still a number of costs involved with the effort to get Stephanie’s belongings out of her apartment by the end of the year.

In all likelihood, unless we get a huge amount of community involvement very quickly, we’re going to need to bring in some outside (read: paid) help. TaskRabbit is probably the easiest way for us to do this, as the prices tend to be reasonable, and the scheduling is very flexible.

There is simply no way a friends-and-family caravan of cars is going to move Stephanie’s belongings from the apartment to whatever storage unit is engaged on her behalf, even discounting furniture. So, movers will have to be hired (and paid).

While it’s certainly going to be less expensive than rent on the apartment, the storage unit will probably not be free. There are (I believe) plans in the works for a more long-term solution to funding, but in the short-term, we need to come up with the cash for whatever payments are involved with initiating a new rental agreement, as well as the first month or two of rent.

I’m actually not entirely sure this is correct. I know that Kelly has been absolutely fabulous at magically producing packing supplies. I do not know if this is something she can maintain throughout the duration of the project, or if she is siphoning off from some secret stash of her own. I’ll double-check.

If you’re interested in helping (either physically or financially), and would like more details about how to do so, please send me an email, and I will put you in touch with the appropriate person(s).

This being the Internet, and the Internet being home of the undead document (you just can’t kill something that’s made its way onto the net), I’ve done my best to mitigate the possibility of this post resurfacing in 3 years by including “the end of December 2015” (or a variation thereof) as the project’s deadline. If, for whatever reason, the deadline is extended, I will update accordingly. Finally, I will also be taking the post down once it is no longer needed, whenever that may be.

Thank you for taking the time to read this, and for anything you’re able to do to help.