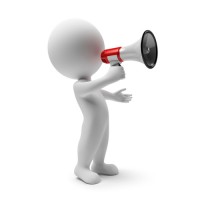 Landmark E Street and Bethesda Row will be showing a bunch of Studio Ghibli films throughout March and April. Here’s a cheat sheet you can use to help plan your viewing schedule.

A couple of weeks back, I made a facebook update in which I shared a PDF containing a schedule for a movie series taking place at Landmark Theatres in the DC area. Later, I realized that the PDF only contains the event showtimes for the E Street Cinema. But when I went to try to correct my mistake and add a link to Bethesda Row’s version of the same file, I ran into the whole “you can only link one image or URL at a time in facebook” problem. Then, I realized that even if I could link to two images or URLs, it’d still be kind of a pain to flip back and forth between the two to work out a comprehensive viewing schedule.1

The Studio Ghibli Collection (1984 – 2014) is being presented at the Landmark E Street and Bethesda Row Cinemas over the course of 6 weeks (March 5th (this Saturday!) through April 10th). Showtimes for the collection are on Saturdays and Sundays only, at 10:30 AM and 1:00 PM on each of those days at both of the participating theatres. (This means the 13 films2 will be screened over a total of 48 showtimes, spanning 6 weeks.3)

A couple of things to note about the films and the screenings:

The cheat sheet provides information about the following:

Whether you grab a copy of the cheat sheet or head to the pages for either E Street Cinema or Bethesda Row Cinema, don’t miss this awesome opportunity to see your favorite Studio Ghibli films on the big7 screen!