How long is a scarf?

I’ve been working on the Lapidarius scarf for Jenn for about three weeks now. 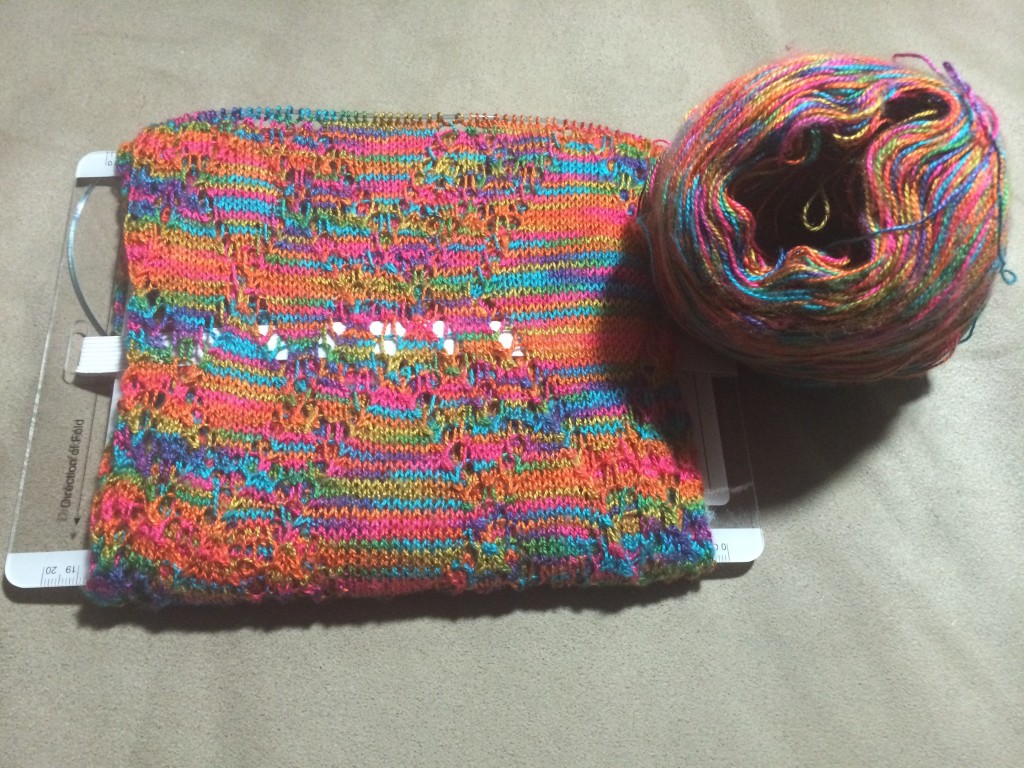 As you can see on the left, it’s currently wrapped around my Scarf Fold-Up about 12 times now, making it about 6 feet long. On the right is the amount of Schaefer Yarns Andrea that remains. (One of my favorite yarns. Sadly, discontinued.) I think that I’ve used about 60% of the skein thus far. (I could find out, but that would involve finding my scale, and, well, effort.)

If I were following the pattern, I would now start 6 rows of garter stitch, and end with a bind-off. However, I realized I was going to have a great deal of yarn left over once I reached the official end of the pattern last weekend, when Jenn was down for a girly sort of day. So, I asked her what I should do. And the plan developed: I shall continue with the pattern, using up the rest of the yarn.

I probably do need to find the scale, so that I can figure out how much yarn a repeat takes, so I can plan accordingly. (Meh! Effort!)

It should be interesting to see how long the scarf ends up being (I’m guessing around 10 feet). And I’m very studiously not thinking about blocking yet. (Though, a tentative plan does involve Jenn’s largely unused, very long basement.)