Ask the [Kama’aina] Hive Mind: Help my friends plan a trip to Oahu. 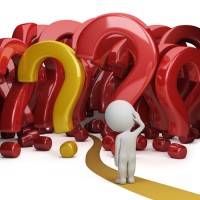 TL; DR: Help me provide my friends who are traveling to Oahu on Friday a list of great things to do. Bonus points for kama’aina favorites.

I have a couple of friends who are traveling to Oahu. They’re arrive at HNL this Friday (November 27th) and depart on Sunday (December 4th). They have never been to Hawaii before. I offered to provide the usual list of suggestions, but when I sat down to compile said list, I realized that my suggestions are based upon a mental map of Oahu that is about 20 years of date. This is where you, my lovely island ohana, come in. If you have a few minutes, I’d really appreciate it if you would take a look at my list, tell me all the things I’ve listed that no longer exist or have otherwise become unavailable, and make suggestions for things I’ve missed.

Operational Parameters (or: Some Restrictions Apply)

As I said, I came up with a gigantic list of things that I would want to do, given a week back home. Then I realized that most of them were not actually suitable for the trip my friends are taking, since they have different needs and resources. In order to try to minimize the number of, “Yeah, I thought of that, but…” options, here are the things to keep in mind while coming up with suggestions.

They will not have a car, so everything we suggest should fall into one or more of the following categories.

This breaks my heart. Really, it does. The amazing assortment of local food in Hawaii is one of the top three things I miss about living there, and most of the foods and/or eateries I want to suggest are pretty much not workable for my friends.3

Things that didn’t fit into the other two categories.

Here are the things I’m suggesting, in no particular order. Given the shortness of their stay, and their stated desire to not have their entire vacation crammed full of activity, I’m trying to limit myself to things they would feel silly for not seeing / doing while they’re there. I’m also sticking mostly to Waikiki / Honolulu, given the lack of car. (I am really really tempted to talk them into renting a car for one day, just to do the circle island drive. How’s the surf out at Pipeline? Isn’t the Triple Crown happening about now?)

Beaches, Parks, and the Great Outdoors

Other Places to Explore

There are so many many things that aren’t on this list. (I started a spreadsheet. When it reached 300 items, I realized I was being a tad unrealistic.) But this is probably a familiar task for you: (friend, relative, colleague) is coming to Hawaii, has limited time, but wants to a kama’aina’s take on what they should do.

Mahalo for reading, and for any help you throw our way!