We’re all pretty old. Some of us are just better at hiding it, that’s all. 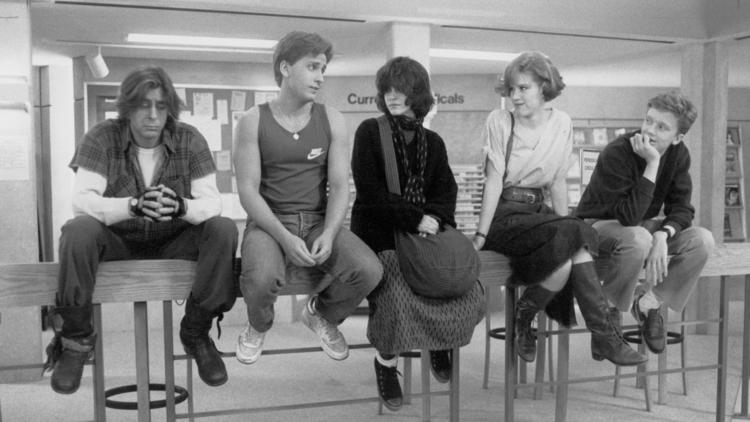 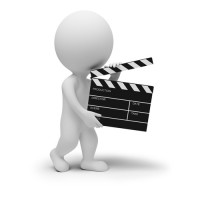 I readily acknowledge that we’re all time-travelers here, moving at the rate of one second per second. But, I swear, some of those seconds go by faster than others. To wit:

The Breakfast Club’ headed back to theaters for 30th anniversary

Yep. 30 years. I was attempting to come up with some clever neo-maxi-zoom-dweebie-based quote, but it’s not happening. That might just be a sign of old age.

I assume that most of the people who would be interested in this are already aware of it, but just in case someone’s missed it, I thought I’d point out that there’s currently a Doctor Who Audiobook Humble Bundle going on. As of this writing, there’s about 5 and a half days left on the offer. It’s a pay-what-you-want bundle, though there are price points to unlock some content. (Currently $15 or more to get everything in the bundle.) END_OF_DOCUMENT_TOKEN_TO_BE_REPLACED

Link ALL THE THINGS!

As you are likely aware, I recently rewatched all of Buffy the Vampire Slayer and Angel. If you watch either show, then you know that the character of Spike is played by James Marsters. As it turns out, Mr. Marsters is also the narrator of the Dresden Files audiobooks (my current audiobook series). Having finished up my Buffy and Angel marathon (254 combined episodes in 7 weeks == insanity, by the way), I’ve switched obsessions to Arrow. On this show, the role of Quentin Lance is played by Paul Blackthorne… who played Harry Dresden in short-lived Dresden Files TV series.

I know the world is small, and that sticking in the sci-fi/fantasy/comic book world makes it even smaller, but this is getting kind of silly.

In the ‘Lineage‘ episode of Angel, we are introduced to Roger Wyndam-Price, Wesley’s father. The character is played by Roy Dotrice, who narrated the A Song of Ice and Fire audiobooks. He has a very distinctive voice, and after scores of hours listening to him voice dozens of characters, I know it well, and apparently recognize it very quickly. 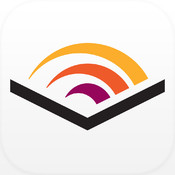 If you use an iPhone, you probably found that you had an unusually large number of app updates available to you yesterday. This is because a new version of Apple’s iOS was released, and developers released new iOS 8-compatible versions of their apps.

END_OF_DOCUMENT_TOKEN_TO_BE_REPLACED

This will probably be of interest to many of you:

As the cute little critter below says, there’s a sale going on in O’Reilly land, so if there’s an eBook that you’ve been putting off getting (like maybe that organization book that I posted about a few days ago), now might be the time. Be sure to use discount code B2S4 at checkout, though clicking on the image should do that automatically. (Note: This discount does not apply to printed materials or print + eBook bundles.)

Ask the HiveMind: What should I add to my RSS feed?

Having realized that I’ve had the same things in my RSS feed for, oh, 5 or 6 years now, and that I really no longer care about a bunch of it, I’ve largely declared RSS bankruptcy. I pruned the hell out of my feeds, and now I’m no longer thousands of posts behind.

But, I do miss having content that I’m actually interested in. So, tell me, dear friends: What RSS feeds should I be following, and why? Do you have a standalone blog? I’d love to read it! Tell me about it! Favorite comics? (I already have xkcd, natch.) Geek news? Cute things? You get the idea.

Ask the HiveMind: What (books) should I be listening to?

Thanks to a backlog of reading, less time in the car, a credit sale, and returning three audiobooks (don’t ask), I find myself with 8 credits at audible.com, and a complete lack of inspiration as to how to use them.

END_OF_DOCUMENT_TOKEN_TO_BE_REPLACED

This is pertinent to your interests: Hugh Laurie & Stephen Fry edition.

Based upon a comment made in response to my last post [1], I went searching for Hugh Laurie on my Roku. I was not able to find the show I was looking for, but I did discover that Jeeves and Wooster (IMDB) is available on Hulu Plus. I know this doesn’t pertain to most of the people reading this, but if all you know of Hugh Laurie is from his Hollywood-based acting, you’re in for a lovely surprise. (I recall once watching Jeeves and Wooster at work at AOL, and a co-worker declaring what a wonderful job Hugh Laurie does at portraying a British accent. I about choked.)

I have the DVDs of Jeeves and Wooster (as well as those of A Bit of Fry and Laurie (IMDB)), but that would be effort, and not something I can watch at my desk without ripping them. Streaming, ahoy!

[1] Based upon a comment in LiveJournal from Colin, I was looking for the series Fortysomething (IMDB) (which has both Hugh Laurie and Benedict Cumberbatch), but alas, that does not seem to be available via Netflix, Amazon Streaming, or Hulu. I may be forced to acquire media.

This is pertinent to your interests, Benedict Cumberbatch edition.

If you’re interested in Mr. Cumberbatch, I found a series that he did back in 2008 called “The Last Enemy” (link leads to IMDB page). It’s about a brilliant mathematician (Cumberbatch) who has been living in China for the last several years, and returns to the UK only to attend his brother’s funeral. Upon arrival, he discovers a London that has been vastly changed by a bombing of a tube station, resulting in greater police / military presence and a decline in anything resembling personal privacy.

He also falls for a woman, loses a corpse that was in his apartment, gets a new job, and gets into various kinds of trouble. And I’ve only watched the first (of five) episodes. It’s kind of erratic, and I’m not sure they’re going to be able to pull off the premise in 7.5 hours (each episode is 90 minutes long), but I’m willing to give it a shot. Besides, you get to see our hero’s naked bum, and in a pair of plain white boxer shorts. I can’t decide if this is more or less amusing than the Sherlock-in-a-sheet scene.

Anyway, for those with Amazon Prime, it’s available to stream for free. Of course, you could always buy the episodes to stream, or purchase the DVD.