Dear Today: I’m onto you. You’ve had your fun. Now behave. Love, meri 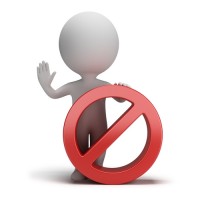 While waking up this morning did involve a feline alarm clock, it did not involve drama (the narrative mode, not the dog) or trauma (include Sprocket’s recently discovered “I’mma gonna cut you if you don’t get up!” mode). Cats were fed, I was allowed to live. All is right with the world.

Since today makes the third or fourth consecutive day with little sleep the night before, I thought that a trip to my friendly neighborhood drive-through purveyor of fine coffee was in order. Grab my purse (as it contains my knitting, since there is generally a line), get in the car, and go. About halfway there (at a red light), I dig through purse to get out my wallet, with the intention of getting out my credit card. (You do see where this is going, right?) No wallet. Well, crap.

Turn around, go home, go inside, get wallet, open door to go outside, swear as black bolt rushes by my feed and into the dark, apologize to neighbor who was getting into car and was started by swearing, look for cat.

Fortunately, for once, Sprocket behaved in “I’ve rushed outside and my male minion is looking for me” mode, which generally involves darting out about 4 feet, then calmly walking down the breezeway and hanging out at the top of the driveway, rolling around on the concrete.1 Catch cat, inform him that today is so not the day for this, toss him back inside, get back in car, resume original plan.

Arriving at the street on which my destination can be found, and I can see that there’s no line. Huzzah! I pull up to the stand, and… see that there’s also no person. And that both service windows are closed. Well, crap.2 While making a quick scan of the parking lot, I see the Goddess What Makes There Be Coffee arriving, though, and so I do not break down into vaguely hysterical sobs.

The Goddess, perhaps sensing the great need (or maybe just the vaguely wild look in my eyes) proceeds to bringing the machinery to life even as she walks into the little building, before she even puts down her purse. Before she opens the sliding glass order window, she mouths, “Your usual?” Gratefully, I nod, and slump back into the car seat. Soon thereafter, I take possession of a lovely vat of caffeine and half-and-half and sugary things. Signing the credit card slip, I add a 100% tip. The Goddess has provided life-saving services this morning.

The trip home was free of incident. Sprocket even refrained from making an encore escape attempt. I am now camped on the couch downstairs, waiting for the boost from the coffee to kick in.

So you see, dear Today, you have put me on alert, and I’ll be sure to be on the lookout for further shenanigans. I have too many things that must done today, and I do not have time for any more of your crappranks. Surely we can reach some sort of accord?